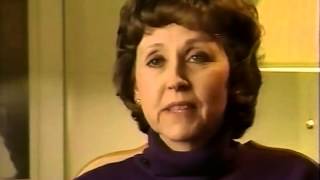 In April of 1995, Janet Vitt received a diagnosis of stage IV small cell-lung cancer. She says that a dull pain in the center of her chest led her to have a CAT scan which revealed that she had three tumors in her left lung and seven tumors growing in her right. Worse yet, the disease had spread beyond her lungs as doctors also found three tumors on her liver, one on her pancreas, and another was causing her abdomen to swell.

In April of 1995, Janet Vitt received a diagnosis of stage IV small cell-lung cancer. She says that a dull pain in the center of her chest led her to have a CAT scan which revealed that she had three tumors in her left lung and seven tumors growing in her right. Worse yet, the disease had spread beyond her lungs as doctors also found three tumors on her liver, one on her pancreas, and another was causing her abdomen to swell.

her mother had died of lung cancer at the age of 42, Janet had always believed that her fate would be different. She didn’t smoke, she worked out three times a week and she assumed that she was living a fairly healthy lifestyle, although she admits to experiencing a lot of stress from holding down two part-time teaching jobs in addition to working full-time as a nurse manager. She says, “I foolishly thought that being stressed-out was exciting.”
When her abdominal tumor was removed eight days after the diagnosis it had ballooned from the size of a nickel to an 8 x 11 centimeter mass. At that time her oncologist gave her three to six weeks to live, and another suggested she had three to six months. She grabbed onto the more promising prognosis and agreed to participate in an experimental chemotherapy trial hoping this would extend her life by a few more months.

the first positive thing that anybody had said to me,” she recalls. Although she was too weak to cook for herself, she enlisted the help of her parents along with 8 good friends and her ex-husband to do it for her. After learning the principles of macrobiotic cooking, they all signed up for shifts that would work to provide her breakfast, lunch, dinner, or even to spend the night. “Basically,” she says, “they gave up an entire year of their lives to save me.”
Gasping for air made swallowing difficult, so Janet had to ease her way into the diet with very small portions. After two days of meals consisting of just two tablespoons of pressure-cooked brown rice, a half cup of miso soup, and some steamed kale and bok choy, her vomiting stopped. After only one week on the diet she was able to stop all of her medications, which included painkillers and anti-anxiety drugs. “I decided if I wanted to clean out my body,” she says, “I couldn’t be putting drugs into it.” To address her pain she had a massage therapist come over three times a week.
Janet says that she had two frightening episodes of discharging toxins. The first time there was a terrible odour emanating from her skin and body. As a nurse, she says that she knew the smell that the body takes on when it approaches death, so she feared that this now happening to her. She called her counselor and was told not to worry, that her body detoxing and he recommended that she start doing a body scrub. She says, “It was unbelievable what happened. As I scrubbed my body, a tan-coloured film was present on the washcloths. This smell and film continued for almost eight weeks. Now my skin is as clear and as when I was 18.”
The second discharge consisted of thick white mucus from her throat and lungs which occurred even as she slept. She says that her lungs eventually started filling up with the fluid. She says that her left lung collapsed and spontaneous fractures developed in several ribs from the severe coughing that she was experiencing. She says there were days when she didn’t think she could continue on, but her family and friends continued to cook the food and kept encouraging her to eat it.
Months passed and she began to feel better. She no longer needed to have oxygen around the clock and she was even able to get to the supermarket with some help. Vitt said that she became cautiously optimistic. “I thought I might have some quality of life before I died.” Although she was relying on an alternative therapy, she also continued seeing her internist. “I told him, ‘No more scans; no more Western medicine.’ Our agreement was that he would support me as long as I came to see him once a week. Mostly he listened to my lungs, and we talked about sadness and death.”
One year after her diagnosis, and only ten months after she beginning the specialized diet, Vitt’s health finally turned the corner. “I was still weak, but I could feel that I was getting better.” And soon she got her proof when a CAT scan revealed that her tumors were gone.
Janet now says that she is just happy she was one of the lucky ones. Nearly a decade after her life came dangerously close to ending she still remains remains cancer-free. She is has now become a certified macrobiotic counselor and says that she still follows the diet, and that “food is her medicine.” 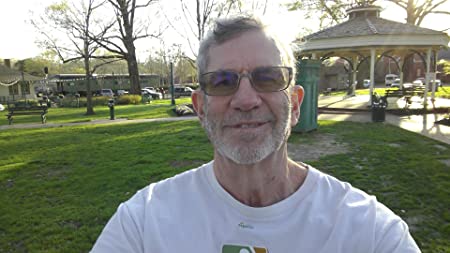 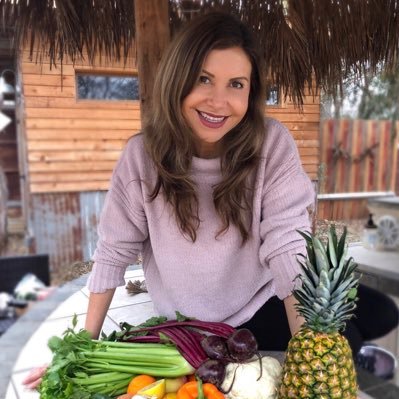