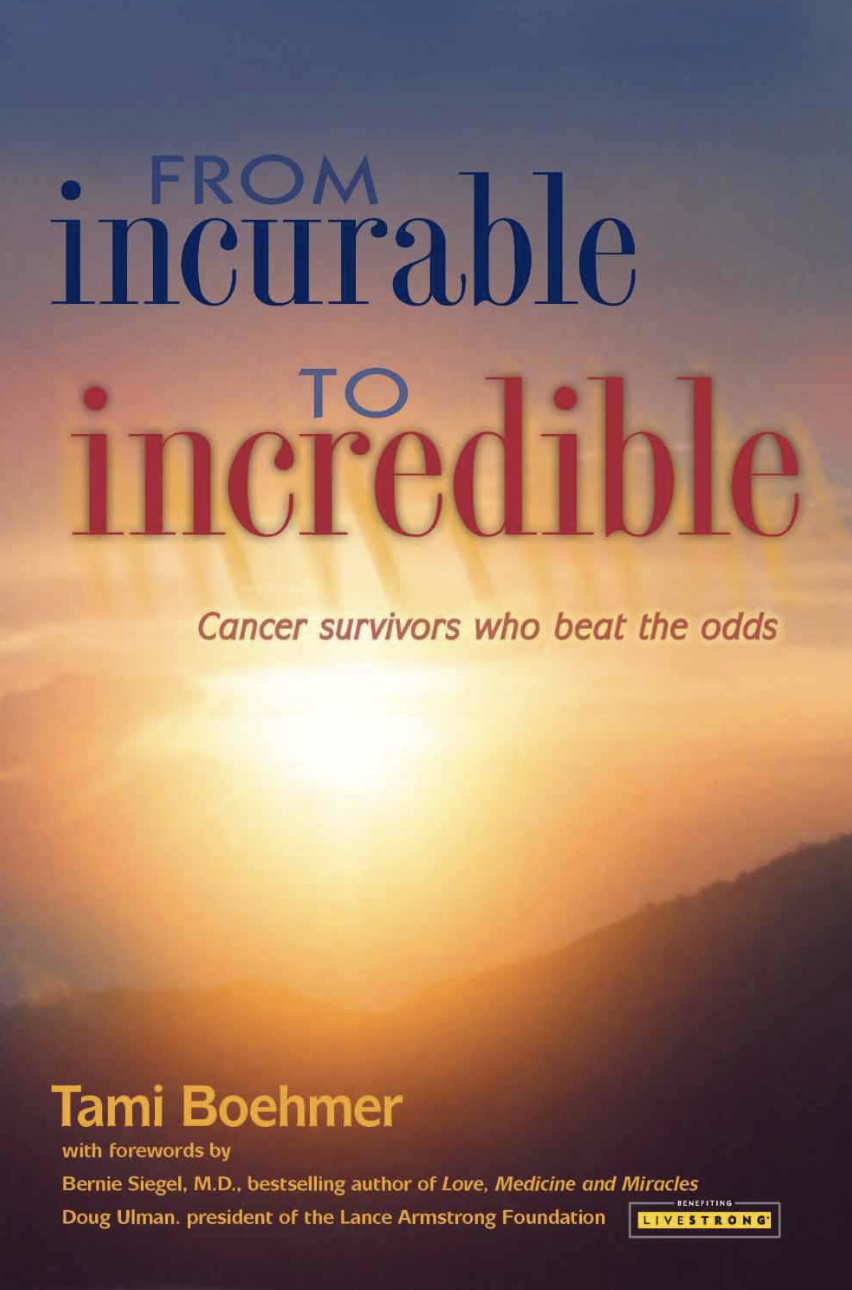 From Incurable to Incredible: Cancer Survivors Who Beat the Odds

From Incurable to Incredible features 27 stories of cancer survivors who shocked everyone by overcoming a terminal prognosis. You’ll learn about Dave Massey, who in 1986 and again in 1997, was given six months to live. Today, he runs marathons and speaks at cancer centers nationwide to spread his message of hope. Similarly, Paul Falk, diagnosed 23 years ago at age 9 with acute leukemia, describes how his doctors wondered if he would survive two weeks. A year later, he wowed everyone by becoming the personal guest of then Vice President George H.W. Bush.