Description
Lemongrass is an herb that is native to Sri Lanka and South India but now grows in many countries around the world. The plant’s stalks are a common ingredient in Asian cooking, but it is also possible to brew lemongrass to make tea.It contains citral, nerol, myrcene, geraniol, limonene, geranyl acetate and citronellal.

Lemongrass & Cancer
According to recent studies, there have been numerous reports about the uses of lemongrass tea for treating and preventing cancer. The principle piece of research conducted into the effects of lemongrass benefits on cancer cells was undertaken in 2005, by a medical team at Ben Gurion University (Israel). Led by Dr Rivka Ofir, the research team discovered that a substance in lemon grass, called citral, created a ‘suicide’ effect in cancer cells; essentially inspiring them to eliminate themselves.

Citral, which is also the substance that gives lemongrass its distinctive lemony taste, was found to eradicate cancerous cells while leaving healthy cells unharmed. Their conclusion from the research was that lemongrass, and indeed, any other herbs containing citral may be useful as a preventative against certain types of cancer. Citral, one of the main constituents of lemongrass when administrated in studies have reported to inhibite the proliferation of cancer cell lines. (2)

HSP90 is one of the major chaperones responsible for proper folding of cancer proteins. Lemongrass can effectively suppress the HSP90 expression.
Animal trials showed that direct injection of inhibited cancer tumours in a dose-dependent way, meaning the higher the dose of the oil, the better the outcome. When administered at a dosage of 200 milligrams per kilogram (mg/kg) concentration, lemongrass essential oil was shown to inhibit both ascitic (in the fluid of the abdominal cavity) and solid tumours of Ehrlich Ascites (a type of tumour cell line) by 97.34 percent and 57.83 percent, respectively. For Sarcoma-180 tumour cells, the same dosage resulted in ascitic and solid tumour inhibition of 94.07 percent and 36.97 percent, respectively. As stated by the researchers: Results indicate that the oil has a promising anticancer activity and causes loss in tumour cell viability by activating the apoptotic process as identified by electron microscopy.

Researchers found that lemongrass not only stopped cervical cancer cells (as well as several other types of cancer cells) from spreading but also initiated cancer cell apoptosis, also known as programmed cell death. (3)

Storage Conditions (4)
Lemongrass oil has a shelf life of 2-3 years. To extend the shelf life of the oil, it should be stored away from light and heat and exposure to oxygen should be reduced. Store the oil in dark-coloured glass containers in cool places. 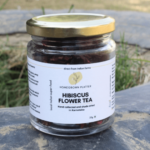 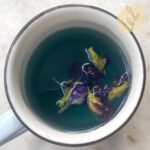